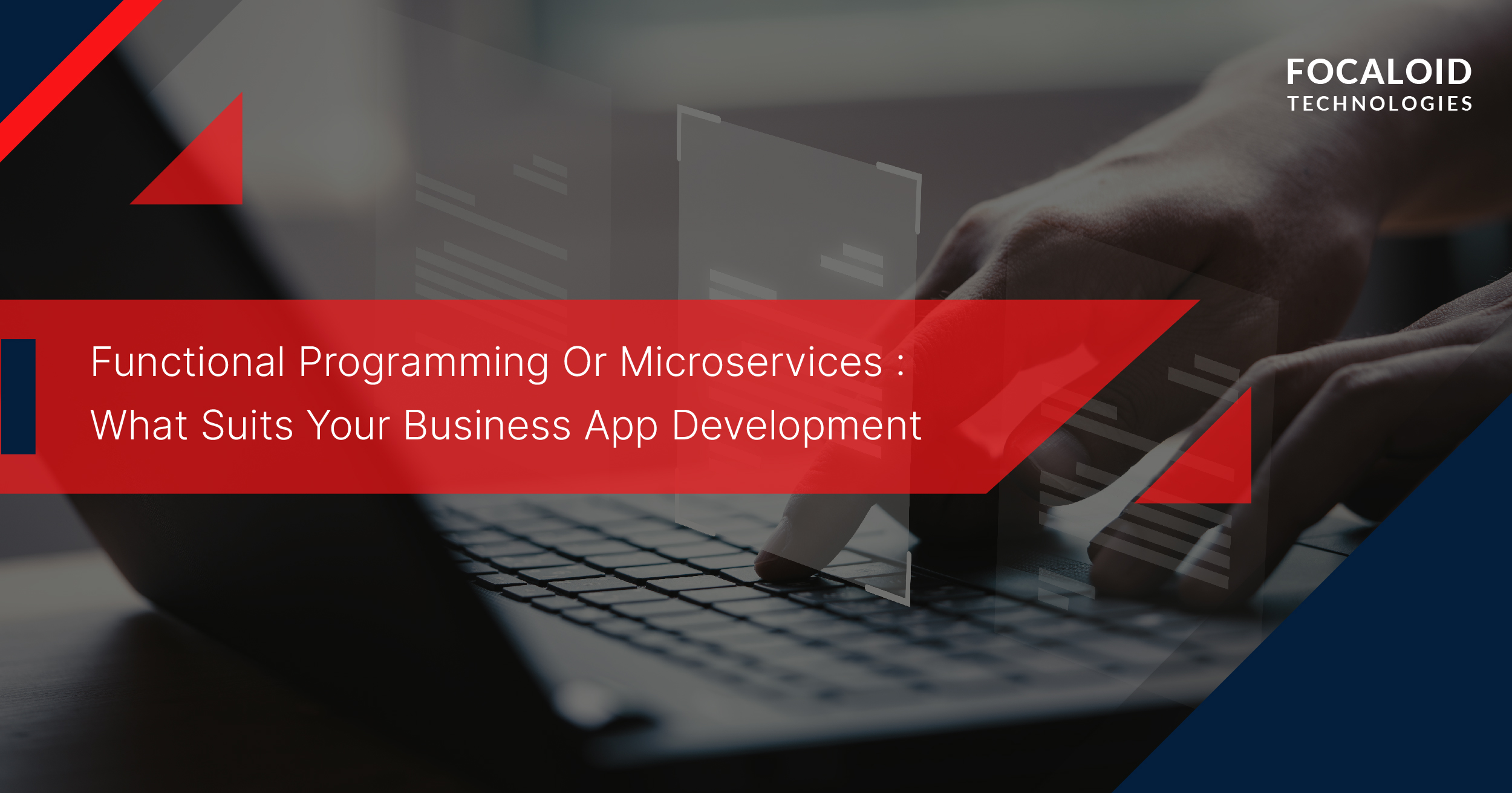 You may have an exciting or novel idea for a business app. Using a monolithic approach to develop the app is outdated since the deliverable will be bulky and take time to develop. Today is the age of functional programming and microservices. Both are modern programming approaches. Adopting any one of them comes with associated pros and cons. We take a look at what each is and the advantages and disadvantages of using any one of them.

Microservices is a distinct approach to software development. The software is divided into small individual units. Each unit is developed independently by small development teams. No development team has to wait for any other team to finish their work before the former starts work. This method is faster than developing the whole software as a single unit. Programming languages supporting microservices architecture include Python, Golang, Node.js, Java, and C++.

This property enables firms to have greater control over their software. Companies benefit from this property in order to respond in less time to changes in the market.

This property enables firms to swiftly implement changes to their software. When software is divided into smaller components changes can be done more faster and risk is less.

If a single microservice malfunctions the whole application is not affected. It is convenient to find where the fault is located. The fault can be corrected whereas the other microservices continue to function. So, the application doesn’t have downtime which can adversely affect the business of the concerned organization.

Instead of developing the application as a single large unit, it is developed as many microservices. So work is not sequential but parallel. As a result, the software takes less time to create and can be released before competitors release their respective applications.

You can easily add, delete or modify the functionality of a unit without affecting the other units. Maintenance is easier and faster as you know what each unit does. Errors can be found as well as fixed easily.

You can easily scale up or down any unit of the application depending on your requirements. As microservices are small in size and independent they can be deployed rapidly when benchmarked against monolithic software.

You have the freedom to use any technology to develop any microservice. As such you get more productive software. At less price, time, and effort you get better results. The end result is superior performance leveraging state-of-the-art technology.

Services may be different because of the software technology used to develop them. So, you need individuals with requisite software skills to test and debug the individual microservices.

It is not always simple to break down a single application into smaller parts. You need to determine which technology to use in each microservice. Since operations are in parallel, it is tough and complex to set deadlines and estimate the total cost.

In the traditional approach, the whole application was built using the same technology. Here different technologies may suit different microservices. So, you need a pool of software staff with different skill sets. This may be difficult to obtain and/or drive-up development costs.

In the traditional approach, code could be reused conveniently. As microservices may be developed in different software technologies reusing code may not always be possible.

In Functional programming, immutable variables decrease the volume of change within the software. Hence it is simpler to develop parallel programs. All functions are responsible only for user input. The program state does not change.

Software created using functional programming is simple to read. This is because the behavior of all functions cannot be changed and is not linked with the state of the software.

Pure functions don’t need external variables or states to operate. As a result, you can conveniently reuse them anywhere in the software.

Computations are evaluated only when they are required. The software can reuse results from earlier computations thus saving processing time. There is support for Lazy Functional Constructs including Lazy Maps, Lazy Lists, and more.

It is simple to locate the place where variable values are assigned. Also, the bugged section can be located relatively conveniently.

Functional software is made up of independent units that run simultaneously. This results in greater efficiency.

This programming approach takes time to learn and master as it is not easy. The code readability is difficult compared to other software development techniques. The usage of recursion leads to poor performance. It is difficult to integrate pure functions with the software as well as I/O operations. Writing recursive code in applications can be challenging.

When to use Functional Programming?

Don’t hurry in selecting the outsourcing firm. Request for the resumes of the developers. Evaluate whether they have the necessary technical and soft skills. Ask when the project is likely to be completed in all respects. How much is the expected budget?  Request past references. Speak to past clients to determine quality, transparency, and response time. Have an SLA (Service Level Agreement) in place which explicitly states how soon they will respond to your queries. An NDA (Non-Disclosure Agreement) is necessary to safeguard your business secrets. This will protect you in case the project is discontinued for some reason.

A good idea is to make two prototypes of the desired business app. One uses the functional programming paradigm and the other uses microservices architecture. Evaluate which prototype is better. Analyze which one has better performance, is able to withstand the load, and took lesser time to develop. Ask the developers about which technology they were more comfortable with. Which prototype was easier to develop? Evaluate which prototype is robust and can be easily maintained by quality assurance teams after release into the market. Other factors to consider are user-friendliness, market risk, cost of overall app development, and ability to incorporate changes in technology and market. Finally, trust your instinct and consider the opinions of your team members before making a final call.

Focaloid is a stellar software development products and services company catering to clients in the US & UK. We have the necessary expertise and experience in microservices and functional programming. For your information, Focaloid has a team of talented and seasoned professionals in various domains and technologies. Over time we have established a mature outsourcing model which is productive, efficient as well as effective. You can safely rely on us to deliver outstanding software solutions and services within stipulated deadlines. Contact us at your earliest to know how we can help you. We are committed to superior client satisfaction and mutual growth.