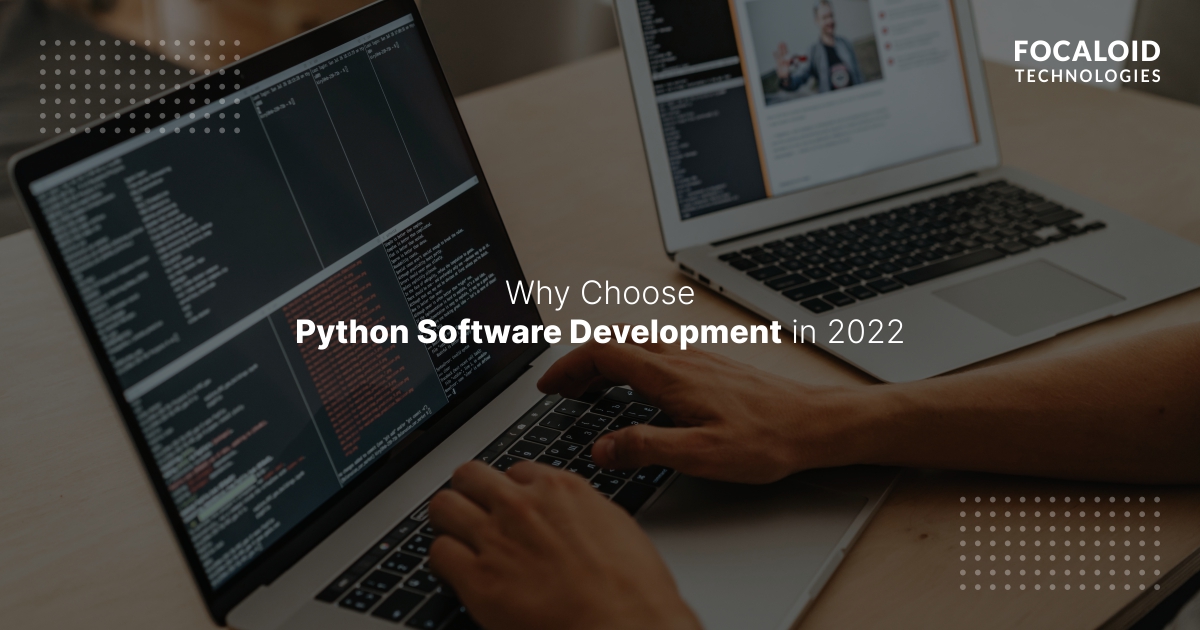 Python is among the most popular programming languages globally. Its popularity is only expected to increase in the future. Yes. Python software development is a well-known open-source software development language with advanced process control features. It can create complicated multi-protocol network applications while keeping the syntax simple and intuitive. Python is used by platforms such as Google, Instagram, Spotify, and Reddit.
We look at reasons why the language is important and useful in the modern domain.

History of the Python Programming Language

For your information, the language is not named after the large snake – “Python”. The language was invented way back in
1991. A person named Guido Van Rossum devised Python. The latter’s release date was 20th February 1991. The language’s
name was derived from an old comedy program titled Monty Python’s Flying Circus which used to be broadcast on BBC
television. Today we are experiencing a significant surge in Python Software Development.

Characteristics of The Python Programming Language

● High-level– Easier to understand by humans and English-like. For the source program to execute the file is converted into low-level code which can be easily understood and executed by the computer.

● General-purpose – The advantage of Python is that it can be used for virtually any purpose or any domain. It can be used to execute short-term tasks as well as long-term tasks. Python can be used for a variety of purposes in different domains such as mathematics, accounting, network engineering, and more.

● Object-oriented– Programmers can analyze and solve real-world problems in terms of classes and objects. To your knowledge, Python can be used for both procedural and object-oriented programming. The beauty of Python is that coders can create reusable components which save time, effort, and money.

What are the Advantages of Python Software Development?

In certain languages, the source code has to be changed to execute the program on different platforms. However, this is not
needed in the case of Python software development. The programmer has to write the code only once which can be
executed anywhere. A useful and relevant tip is to avoid including system-dependent functionality in the code. Programs
created using Python can run on different platforms without the need to modify the code.

This is probably the language&#39;s most significant advantage. Python supports a huge number of third-party libraries. Coders
have access to almost all the functionality they need thanks to the massive Python standard library. Hence, they are not
dependent on external libraries.

LAMP is an acronym for web technologies used to create websites and develop web apps. It includes Linux as the operating
system, Apache an HTTP Server, MySQL a powerful DBMS, and Python. Python software development has increased thanks
to LAMP. The reason is that Python is an extremely popular and powerful server-side scripting language.

Python is fairly easy to learn. So, programmers can become productive quickly. The learning curve is not steep which
encourages wannabe programmers. This property is a major reason behind the increasing adoption of Python software
development.

Note that Python is a high-level programming language. Its syntax is similar to the English language. As a result, the code is
simple to read as well as understand. Also, the process of debugging is easy and quick.

In case a programmer faces difficulty in programming using the Python programming language he/she is very likely to find
the solution online. Thanks to the large and growing community of Python users, programming in Python is a breeze.

It is a well-known and proven fact that Python programmers require fewer lines of code to execute functionality when
benchmarked against other popular programming languages such as C++ or Java. In the Python domain, programmers create
less code and get more tasks done. Time is not wasted in learning different syntax and programming paradigms. Coders can
quickly and easily get started with their core competence which is creating programs with useful as well as superior
functionality.

You save on money by not having to purchase licenses. Users are permitted to download the source code, change it and
distribute it.

The Python tool does not know the type of any variable until the code is executed. The former automatically assigns the
suitable data type only during execution. Hence the coder doesn’t have to declare variables and their respective data types.

Other useful features of the language are that it&#39;s versatile, flexible, and extremely effective. Automatic memory
management is a major facet of this popular and important programming language. The Python language is tailor-made for
prototypes. Leveraging this technology, you get more functionality with relatively less coding. Other useful features include
superior interactivity, user-friendly data structures, useful in (IoT) Internet of Things scenarios, and high efficiency.

A Few Practical Applications of Python

Python is a simple, multi-purpose, and complete programming language. Whether you are a beginner or a seasoned
professional it is a wise choice to employ Python. The advantages of Python outweigh the disadvantages both in the long-

term and short-term. Users will save resources in terms of time, money, and effort by leveraging this modern and popular
programming platform. The trend of Python software development is here to stay.

Focaloid is a stellar software solutions and services company catering to clients in the US and UK. The company has extensive
expertise and experience in Python software development. Contact us to learn how we may assist you in meeting your
specific and unique requirements.