Inside the different versions of android 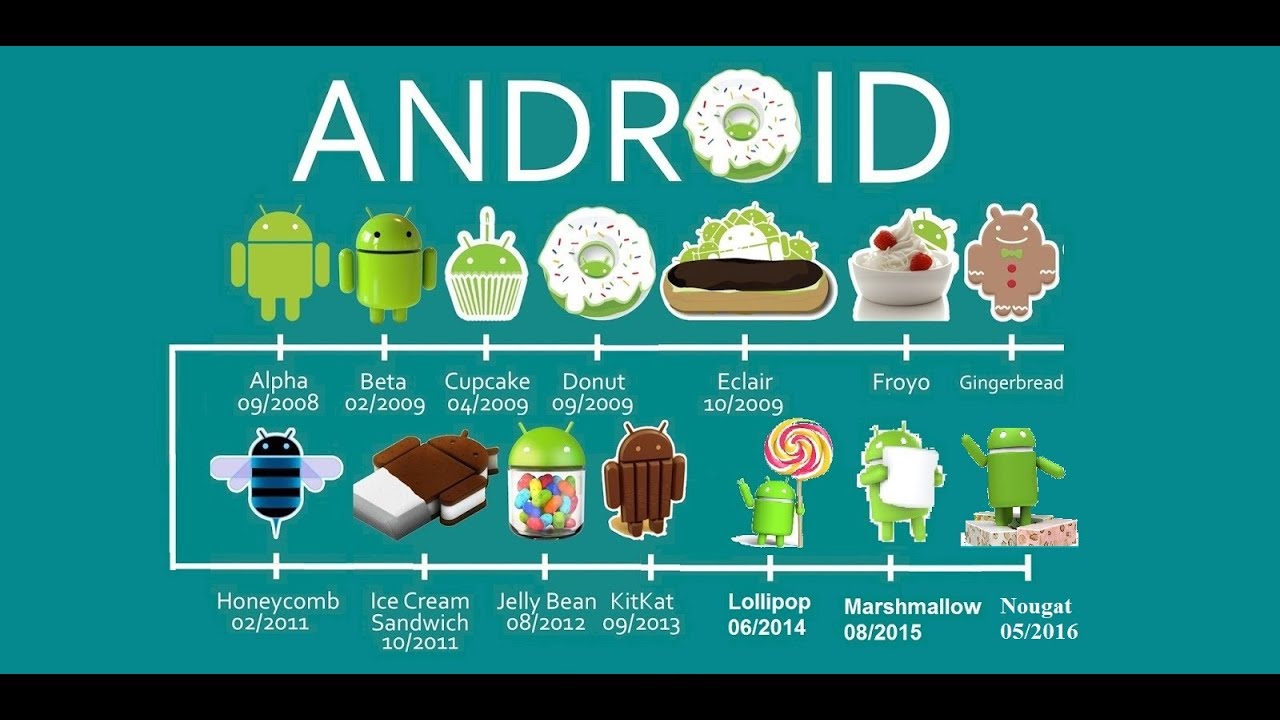 Inside the different versions of android

The Android verse has seen significant growth in terms of users and improvement of working over the decade. What started out as a primary user interface (UI) has escalated into a fully fledged driver and software with applications based on use. With each upgrade and update, the software has seen some drastic changes which sets it apart from its predecessor, significantly.

We are fully aware of the names given to the updates as it has been in alphabetical order and it resembles a cult classic treat from the west or either from some portion of the world.

By doing so, they set a rhythm of expectation and obviousness and also it’s just pure marketing genius. Strategists laud this phenomenon as an innovative step to keep the market guess as well as expecting. Now why these updates comprise of names of sweets and savories is rather unknown because the RND department of Google remains tightlipped and forever unreachable. So the only possible assumption from this is that they have a confusing sense of humour or they all just plain have sweet tooth’s. Anyway, moving on, most of the updates are still functional and here is an ascending and chronological build-up of the names and updates of the android versions still available today.

This was one of the foundation stones of the new era of software’s from the Android market. Till then, android was just an interface available on gadgets.

With the release of the 1.5 cupcake, the software jumped from a basic interface to a full software variant with the availability to support widgets and folders on the home screen. Considered an overhaul in mid-2009, this took the market by storm. Apart from this, cupcake introduced android users to improved Bluetooth and camera functions as well as upload capabilities to YouTube and Picasa (Instagram didn’t come into existence yet).

Within a short span after the release of 1.5 came its relative upgrade, 1.6 Donut in around mid September of the same year 2009. Its major drawback was the fact it lacked an appealing nature to the eye but it boasted upgrades and improvements in the software department which would further pave the way for dynamic improvements in the android verse. In other words, 1.6 Donut was the stepping stone to new heights for the android universe. This software was launched as the base software for the Motorola Devour and the Sony Ericsson Xperia X10.

This was an immediate update to its predecessors and was also released towards the end of 2009. This marked the third update for the android software in the year 2009.

It was first introduced to in the Motorola Droid which screamed increase in efficiency in Google Maps and navigation which was quite erroneous at the time (roads and more cities were charted). It was the first software to be a serious competition to the stand alone navigation systems.

Its update 2.1 came immediately in December and it basically catered to the bugs that required to be fixed as well as some improved interface qualities. The now non-existent Nexus 1 was the first gadget to receive the 2.1 software completely in January 2010 and it contained 3D graphics and a further improved interface, but it was still lagging and painfully slow.

The word Froyo is an urban lingo as well as slang to a famous American dessert and treat, Frozen Yogurt. The software was declared to be ready in March 2010 at a press conference of Google’s in San Francisco.

The main significance of this software update comes with a new technical aspect called the Just-In-Time compiler or JIT compiler which boosts the phone’s processing power and real time working on the user interface.

This term is heavily inspired from engineering factory terminology which is used to signify zero time lags. It also boasted a support platform for the Adobe Flashplayer 10.1 which helps users to play flash based games and videos.

It was the first time the iphone was threatened.

This update to Froyo rolled out of the furnace in December 2010 and to up its marketing strategy, it rolled out with a new phone to partner with, the Nexus S.

The main features of this update was:

In February 2011, we saw the introduction of the 3.0 Honeycomb through the Motorola Xoom.

It was the first and the only version of the android to be releases exclusively for tablets and it boasted “boosted improvements” in the UI department. That’s all Honeycomb had to offer, apart from the Google mail and talk app as well as optimized hardware acceleration.

Also, Honeycomb was the first update where the source code was not revealed and it dampened third party development as it was no longer available for all to download and improve upon.

It’s in built updates 3.1 and 3.2 were churned out in May 2011 but Honeycomb is forever a lost soul in the Android verse, with a diminished worth.

4.0 was introduced into the market in May 2011 right after the fall of Honeycomb and it did exactly what the market wanted. It brought all the desired features of the Honeycomb software as well required upgrades and improvements to the mobile verse.

The first device to contain 4.0 was the Samsung galaxy Nexus, following with tablets such as Motorola Xoom and ASUS Transformer Prime. It was a refined Honeycomb experience in short.

The Jelly bean update arrived in the android market in early 2012 on the ASUS Nexus 7 also with a quick update to the galaxy nexus. As the year progressed, the release of Nexus 4 and Nexus 10 sparked the updates 4.1 to 4.2 and finally 4.3, but it remained as the primary Jelly bean software with further polishing and refining of the software and UI interface. Its added pluses were actionable notifications and multi-user accounts.

The jelly bean is considered as the turning point in android software and paved the way for further software updates.

Named after America’s favourite chocolate bars came 4.4 KitKat, which saw its debut in the Nexus 5, in September 2013. The update took longer to roll out for undisclosed reasons.

KitKat brought a more user friendly and appealing outlook to the software as well as pave the foundation of the Google Now launcher as well as SMS integration with Hangouts.

5.0 was released with the Nexus 6 and nexus 9 towards the end of 2014. From here we can understand the nexus verse is upside down and backside wrong. But that’s due to contracting complications. It was the first android update to introduce a new design language as well as support for 64-bit devices.

The update was plagued with internal graphical issues and is officially termed as google’s failure and hasn’t gone down well with the investors and users at all.

Released in late 2015, almost a year after the 5.0 fiasco, Marshmallow was dropped with the Nexus 6P and Nexus 5X. Apart from changes that could be noticed visually, like a launcher controlled notification tab, it boasted UI and software changes like always.

But the difference between this and 5.0 was that the changes were significant as well as useful which gave us smoother control over permissions, which basically gave bit drive control over preference to data in apps.

The future? Or rather the foreseeable future. But for the first time, Google through a curve ball at the investors and users by dropping a ‘N Developer’ preview a complete 2 months ahead of the IO conference it holds to release updates. It basically gave the users and beta testers the chance to beta taste the next update of the android verse before it officially drops into the market. And on June 30th 2016, it got its official sweetened name, ‘Nougat’.

Beta testers are also encouraged to find bugs and report. All inputs are welcome, though from reviews, the bugs are minimal if non-existent.

We are here. The future is here. And the Android verse just got sleeker and better. I guess Google understands from its own mistakes and strives to become bigger and better every year!