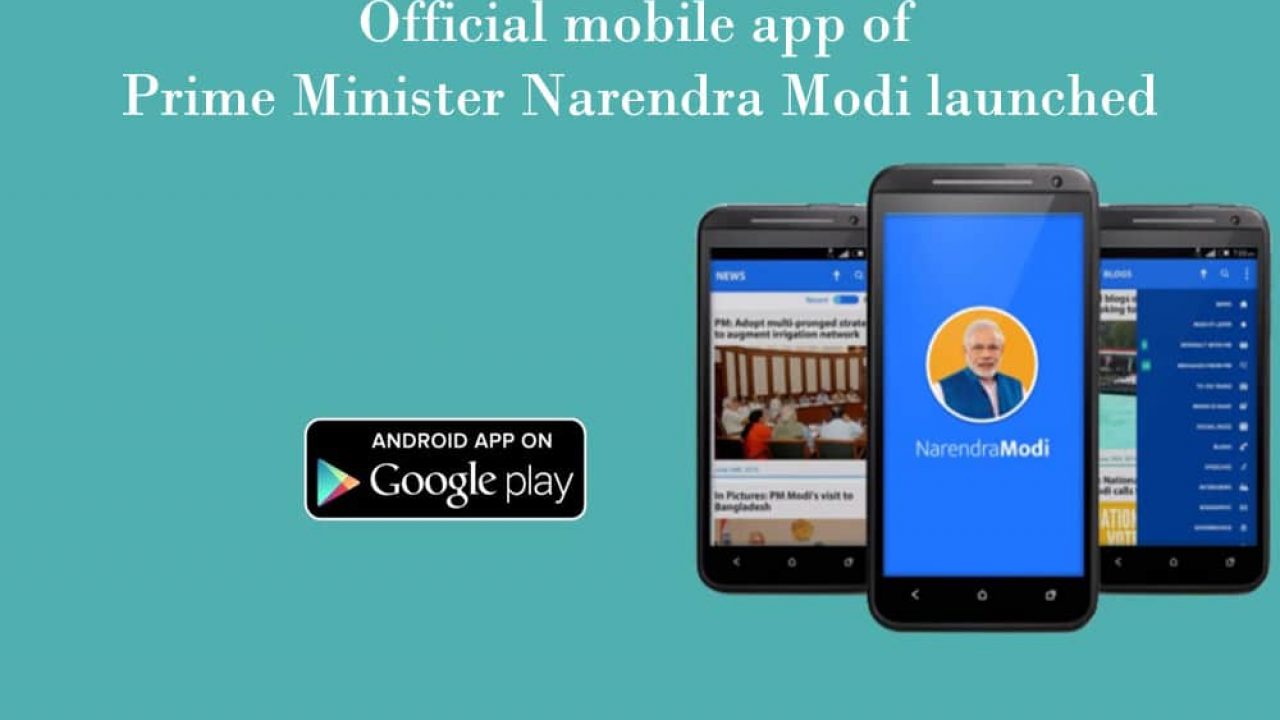 The Indian Prime Minister Narendra Modi has optimized the interconnection of his office with the people, through the release of a Mobile App on the 6th of August 2016.

The PMO App was designed and cultivated by a group consisting of 6 students arising from different universities each namely, Delhi College of Engineering, BITS Pilani, Sri Venkateswara College, Maharaja Agrasen University of Technology, BITS Goa, and Stony Brook University – New York. These institutions are now responsible for the Prime Minister’s Office App, a crowdsourced app which is the first of its kind and additionally an expansion of the initiative by MyGov. in.

The group of students who were guided by Raghav Sarin, is an Economic Honors student at Sri Venkateshwara College and has won a Google-organized tech contest in conjunction with the government of India. The contest had over 10,000 entries submitted and up to 45,000 ideas were brought into being.

Raghav Sarin, who is only 19 years old and has always been enthusiastic about entrepreneurship and designing, says that the need to pursue entrepreneurship took root with him while he was in school and this need pushed him to take part in the contest. He said he began designing in class 9 and had already started working freelance and for a few companies and startups by class 10 in addition to working on several of his own. He also stated that his passion for entrepreneurship and design stemmed after working with various people on other projects. Raghav Sarin also participated in the design of the app’s user interface and user experience.

Naman Diwedi, who is an engineering student in his second year at Delhi Technological University and is also 19 years old was influenced to pursue the app by his passion for developed technology and new challenges. He stated that the app was challenging to construct due to the critical nature of its scalability, performance and security and the fact that it was going to have millions of users. The app is the first of its kind to be developed for the government that is crowdsourced. The app’s leading developer, Diwedi said on behalf of the team that they look forward to sustaining the app and making new additions to the app over time to enhance the app’s performance and usefulness even more.

The PMO app authorizes scheduling of appointments with officials of the Office of the Prime Minister, direct submission of suggestions for the Prime Minister’s ”Mann Ki Baat Program”; take a glance at the Prime Minister’s secure calendar and the app also at the touch of a button has the alternative enabling users to share posts on both online and social media platforms whichever they may be. Queries towards the Prime Minister and his replies to them posted on Twitter and audio messages from the PM are additional features of the app. Citizens also have access to important information concerning flagship programs, a synopsis of the Prime Minister’s primary initiatives and it also allows users to contribute donations to the PM’s National Relief Fund. The app has an availability of 10 languages.

Gyan Lakhwani of Maharaja Agrasen Institute of Technology in Delhi was pushed to take up the challenge due to his love for art and technology as he had a strong adoration for technology ever since he saw his first computer and when he grabbed a crayon for the first time inspiring his high affinity for art. He feels that both of his passions combined gives rise to his design of human-computer interactions and that the app is a wonderful means for the public to keep up with the Prime Minister’s Office as told to the Indian Press by Lakhwani himself.

Narendra Modi was quoted by Dwivedi to be one of the political leaders who possesses an understanding of the great value social media has and has been known to engage with the public via social media platforms. The app is an addition to the MyGov platform that was started by the Indian Prime Minister on the 24th of July in 2014 has registered 3.52 million members and has engaged in 589 discussions as of now. The MyGov portal has also drawn up to 3.4 million comments. The PMO app has gotten 4000 plus users since it was released and can be found on Android.

Having won the contest, the students have achieved the golden opportunity to visit the Google Headquarters in Mountain View and connect with Google’s Android and engineering teams in the Silicon Valley.

The Indian Government collaborating with a tech bigwig such as Google to come up with the project at hand was quite an exclusive partnership and they got a lot of assistance in the app development. Not to mention the team of students got a better understanding of the goings on of big corporations and governments as well to quote what Sarin divulged to The Indian Express.

Raghav Sarin also stated during the launch of the PMO app, that he found it remarkable that the people of the country of India were participating so actively in the creation of the app and its idealization as well, adding that it would be an app for the people by the people. The contest was organized to be online on the MyGov platform by the government in March 2015 and unraveled into 3 phases, Idea submission, designing of the wire frame and development of the app. Only 10 teams out of the 50,000 entries made it to the second phase and 5 teams went on to the final stage, with Raghav’s team obviously being one of them. There were mentoring and guidance of the teams with Google in the development process of the app.

The app has groups which discuss topics like Education for the Girl Child, Care for the specially abled, Food Security, a clean Ganga River and more just as the MyGov portal does.