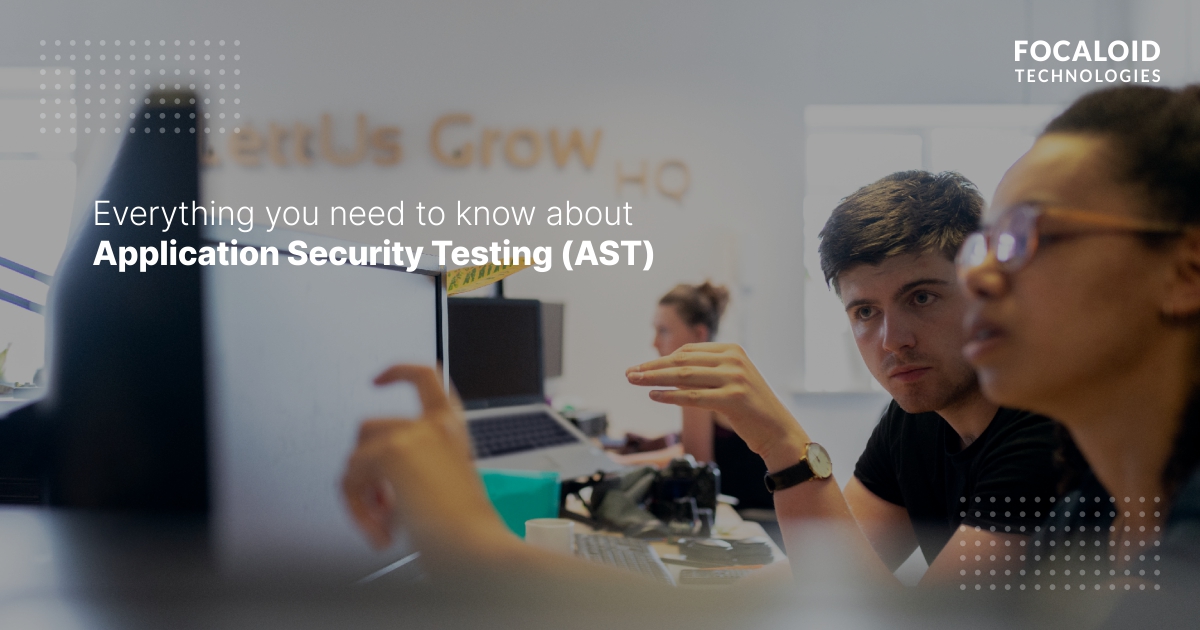 One of the most essential components of any successful application is security. Without security, your data can be harvested by third parties, viruses and hackers can infect your account, and your information can become more vulnerable. To check for this, you have AST — otherwise known as Application security testing (AST). AST is the process by which developers make applications more resilient to threats of security. Application security testing does this by identifying security vulnerabilities and weaknesses in the source code.

While application security testing started as a manual process, it has grown and evolved with time. Today, as a result of enterprise software becoming increasingly modular, there are a considerable number of open source components and, therefore, a larger number of vulnerabilities to tackle. Hence, AST has become much more automated to streamline and fast-track the web testing process. In fact, most app development companies will use a combination of several applications and security tools as measures for AST.

What are different types of security testing?

Although there are many types of application security testing tools out there, a company will usually employ a combination of most of these to comprehensively test for security weaknesses in your application. While these terms can seem technical for people without a background in software development, you’ll find that each type of application test performs different functions, and all are necessary for a sound AST.

A SAST tool will use a white box testing approach wherein the tool inspects the application’s inner workings. SAST will assess the source code of an application and report any weaknesses in its security. A static testing tool will work to find issues such as those in input validation, syntax errors, maths errors, or invalid or insecure references.

The next way an application can be screened for security is through DAST tools or Dynamic Application Security Testing. Unlike SAST, DAST takes a black box testing approach. In other words, it will execute code and inspect it at runtime. The goal with DAST is to find issues in the security of the code as it functions. Issues that DAST can check for include those in requests and responses of the app, query strings, memory leakage, authentication, execution of third-party components, and more.

IAST tools are considered to be the evolution of DAST and SAST tools. IAST combines both approaches with the goal of detecting a wider range of security weaknesses. Similar to DAST tools, IAST tools also run dynamically and can inspect the resilience of the software to threats during its runtime. However, similar to SAST tools, they are run from inside the application server giving them access to inspect the compiled source code. IAST is considered suitable for testing an Application Programming Interface or API.

Consider this the tool to test the security of mobile applications. AMST combines dynamic testing and static testing, as well as investigation of forensic data that is generated through the use of mobile applications. In addition to testing for security issues that SAST, DAST, and IAST detect, MAST also deals with mobile-specific security breaches like malicious wifi networks, jailbreaking, and data leakage from mobile apps.

RASP tools are also an evolved version of SAST and DAST, including IAST. A RASP tool will be able to analyze the user behavior at runtime as well as application traffic to look for any cyber threats. RASP goes one step further than other tools wherein it identifies the weaknesses in the app’s security that have been exploited. It can also provide active protection by issuing an alert or terminating the session.

Wondering what some of the best practices of companies that offer good AST? Here’s what to expect:

There are multiple types of Application Security Testing – all of which are crucial when you’re trying to create a safe and protected digital space. Looking to build a new app or website? Choose Focaloid Technologies which can not only help you build your next software but also secure it with the exceptional AST.

Quality Assurance: Why It’s Important and How to Excel In That Area

E-commerce Website Development 101: A Comprehensive Guide to Set Up Your Online Store