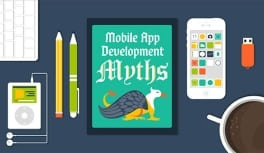 The IT sector has seen a drastic increase in the last 10 years with the estimated net worth of all the internet companies and telecom industries moving into the trillion dollar mark.

With the boom of the online software world, one sector has seen a radical improvement since its conception, the Apps World (short for mobile applications). Before Android and iOS took over the world, all mobile applications were factory installed and could not be added-on, or updated. But all that has changed and that is not what we aim to discuss over here, because it’s another conversation for another time.

With every individual venturing into the online Apps arena, a lot of notions and assumptions as well as presumptions are constant realities. And something as vast and economically unstable as the internet sector, such assumptions can break the backbone of the company and cause its early failure. How? Well we’ll tell you how!

1. One of the basic mistakes any entrepreneur makes or can make is the misconception of User Involvement

In other words, most app distributors and makers feel that the user coming in contact with the app is only permissible and required at the last stage when the app is being pushed out into the market and being installed. This is a false notion as beta testers are not your only source of quality control. R&D can only explore and conquer the world of technical glitches and errors. The broad spectrum of user-interface and accessibility can sometimes be ignored and forgotten. This could be the ultimate Achilles heel to the organization because a customer, who is dissatisfied with the user interface and accessibility, is a loss to the company. Hence throughout the testing stages, active public involvement is encouraged to go beyond technical glitches and come out with a brilliant user friendly app.

If you haven’t, I’m not surprised because it isn’t popular anyway. But what it means actually is when you’re doing something, go all out and finish it completely and churn the product out. The former is accurate but the latter erroneous in the app industry. It is important to put in hours and hours of blood, sweat and tears into building your app, but the trying your best to push out the final product without the oversight for correction and rectification and not looking back can come at a great cost. A dire cost! You should not incorporate the concept of flash opening and waterfall management when introducing a mobile based product into the market because of the sheer elements involved in the industry.

Hence, it is highly recommended by dotcom strategists and online analysts that throughout the app development process, prototypes should be released.

This ensures that throughout the process, the public and users know what the product is and understand where it’s headed. Also, during the release of prototypes, valuable insight from the users, not from within the company, can help aid in the modification and also glitch rectification so as to ensure the final product is pretty much the best it can be.

3. We know that time is money in the world of industries and work. Hence another factor that is considered during app development is the total time required to construct, code and deliver

But what is lost in hindsight is that only these three are taken into consideration with significant consideration being given to coding. That is wrong and there is nothing more naïve and innocent than thinking that. Coding of the app is the construction of the product and yes it does consume a broad portion of the time involved, from the conception to the release, of the product. But what we sometimes fail to understand is that just by coding and completing the app, barely 40% of the work is completed. Apart from coding, many factors such as:

And the list goes on further. Hence it is recommended to not over look these when developing and creating app as the developer can be expected to receive a rude shock with the total time requirement and how much time thought was needed. Something to think about.

4. Another important factor commonly overlooked is the requirement of trained technical staff and language programmers and compilers

Most of us know that the availability of coding languages is vast such as C, Java, Sql, Perl etc. Hence it almost foolish to think anyone can compile in all these languages successfully. Most of these languages are complex compiling tools that take years to master. Hence once the compiling language is decided, the required technical staff has to be chosen.

Because incompetence in the department of machine language can result in a faulty app, with noticeable glitches and painful lags. Situations like this can be avoided with the simple task of appointing people who know how to code in the required language.

5. You must be thinking “Ok I understood all this, so all I need is to put in the effort and get that money for the one time investment”. I have only one thing to say to that, misconception of the uninformed and ignorant

It is borderline stupid to believe that an App construction is a one-time investment, in the sense, the only money required is to make and launch the app. That is enough for the app to work for a month or two, max! But the story will take a drastic turn when the user upgrades to a new phone or updates their software.

Hence a sizeable amount is required to allocate servers and equipment to cater to all these needs. Apart from that, you will also need a ground landing staff to maintain and manage the entire operation to ensure its smooth flow and successful working. Only so, does your app become an enterprise rather than a use and throw napkin of sorts.

Hence, keeping in mind these major factors, you can ensure a smooth functioning of your app. I’m sure its everyone’s dream to make it on the cover of the Forbes500. Reading this alone won’t get you there, but it’s a start.